The Batman: How Robert Pattinson’s Batsuit Draws From the Past

Home » The Batman: How Robert Pattinson’s Batsuit Draws From the Past
Welcome To The Site

by TheBalancer | 0 Comments | February 14, 2020
We now have our first look at Robert Pattinson's Batman, and it's clear this isn't like any other cinematic Batman costume we've seen before. This suit is full of sharp lines and heavy armor plates, while still showing a clear inspiration from various iconic Batsuits in the comics and video games. Here's a look at that Batsuit camera test again: [ignvideo url="https://www.ign.com/videos/2020/02/13/the-batman-camera-test"] Let's take a deeper look at the new Batsuit and all the previous costumes that may have inspired it. And be sure to check out our breakdown of everything we know about The Batman. [widget path="global/article/imagegallery" parameters="albumSlug=the-batman-how-robert-pattinsons-batsuit-draws-from-the-past&captions=true"] Arkham Origins & Arkham Knight Anyone hoping Pattinson's Bruce Wayne might opt for a more traditional, spandex-style costume will have to accept this isn't the direction director Matt Reeves is going. If anything, this may be the most heavily armored Batsuit we've seen in the movies to date (not counting the more extreme costume changes Ben Affleck's Batman underwent in Batman v Superman and  Justice League). 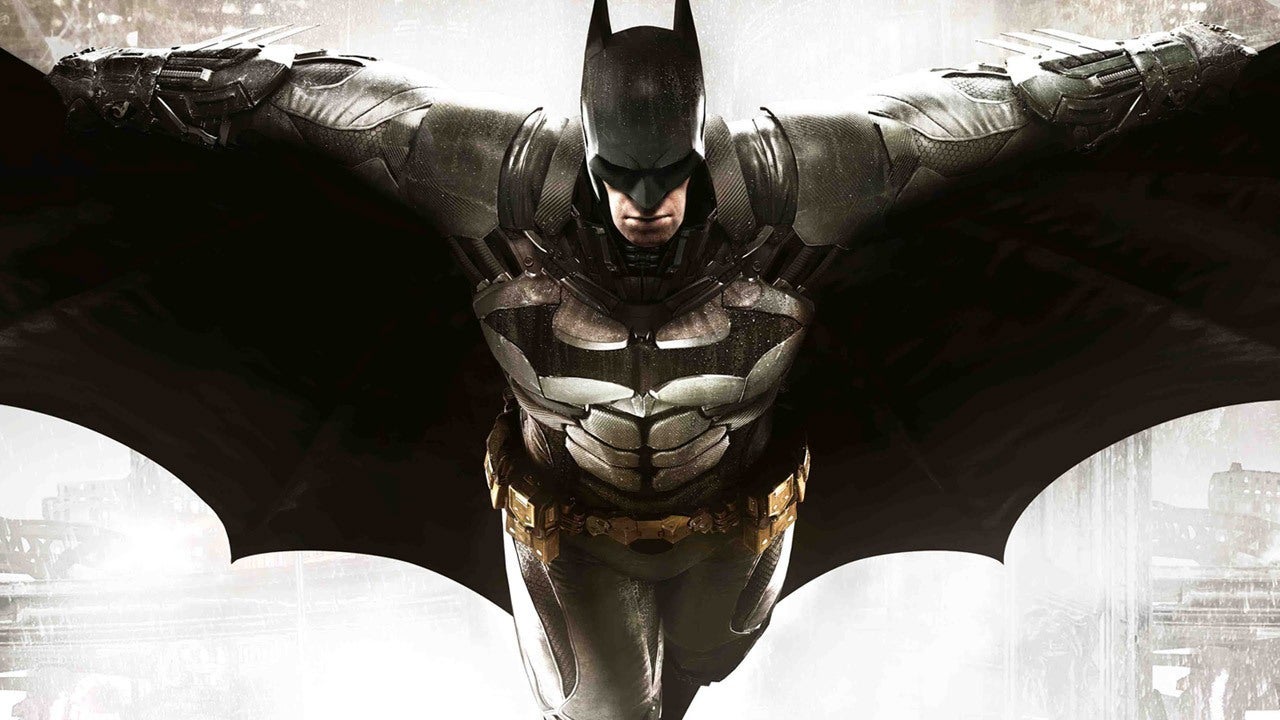 We can't help but think of the Arkham Asylum video game series, particularly the most recent two entries, 2013's Arkham Origins and 2015's Arkham Knight. The chest area and the uneven textures of the armor definitely evoke the Arkham Knight suit. The way the shoulder pads seem to be separate pieces attached to the chest armor is very reminiscent of Arkham Origins. 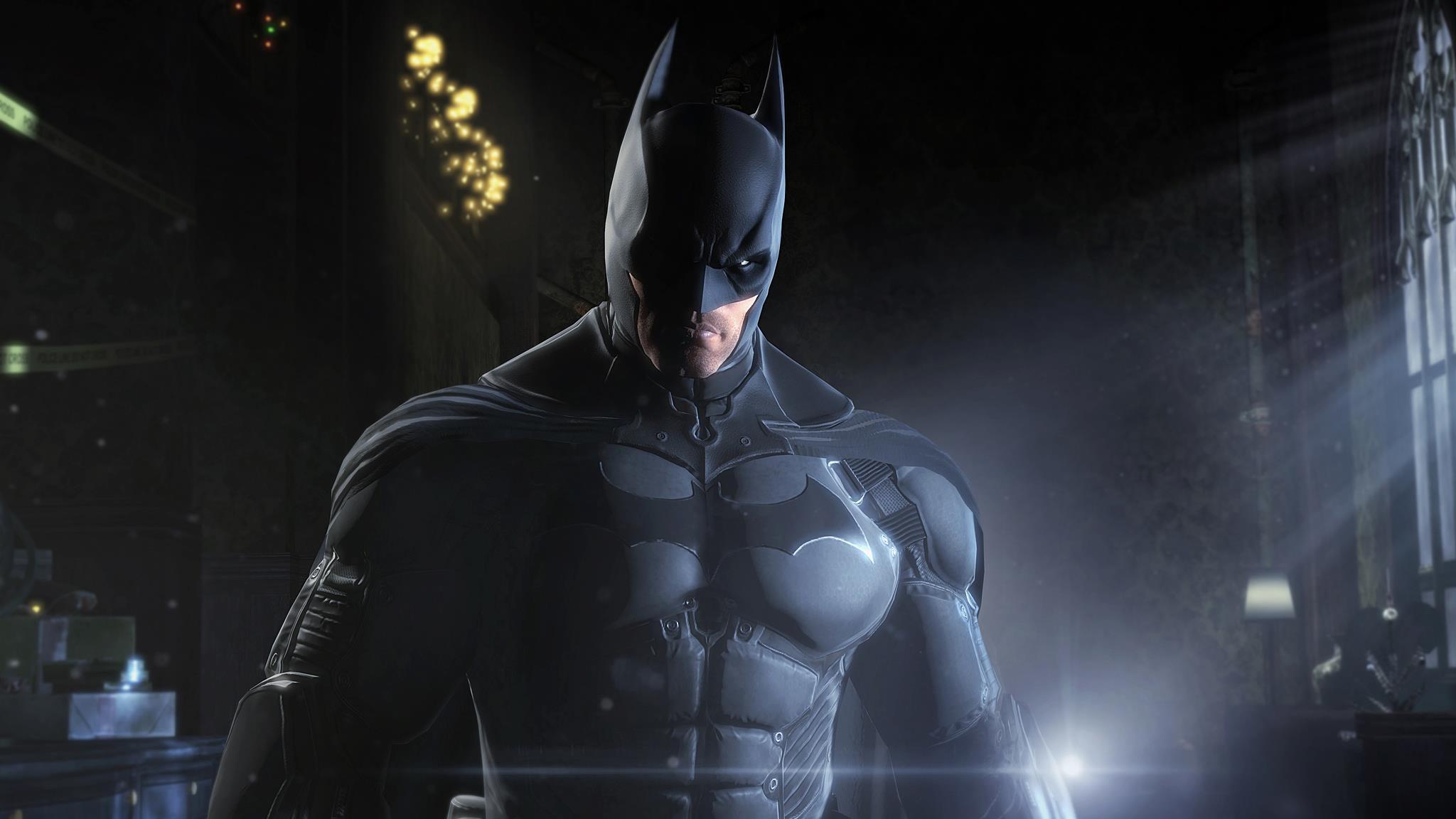 It makes sense that Origins in particular would influence the new movie. All signs point to The Batman taking place relatively early in Bruce's costumed career, and Origins is also set early on. The Origins suit is specifically intended to be less sleek and polished than some of Batman's later, more advanced costumes. We may well see the look of this costume evolve over time, assuming the planned trilogy of movies pans out. 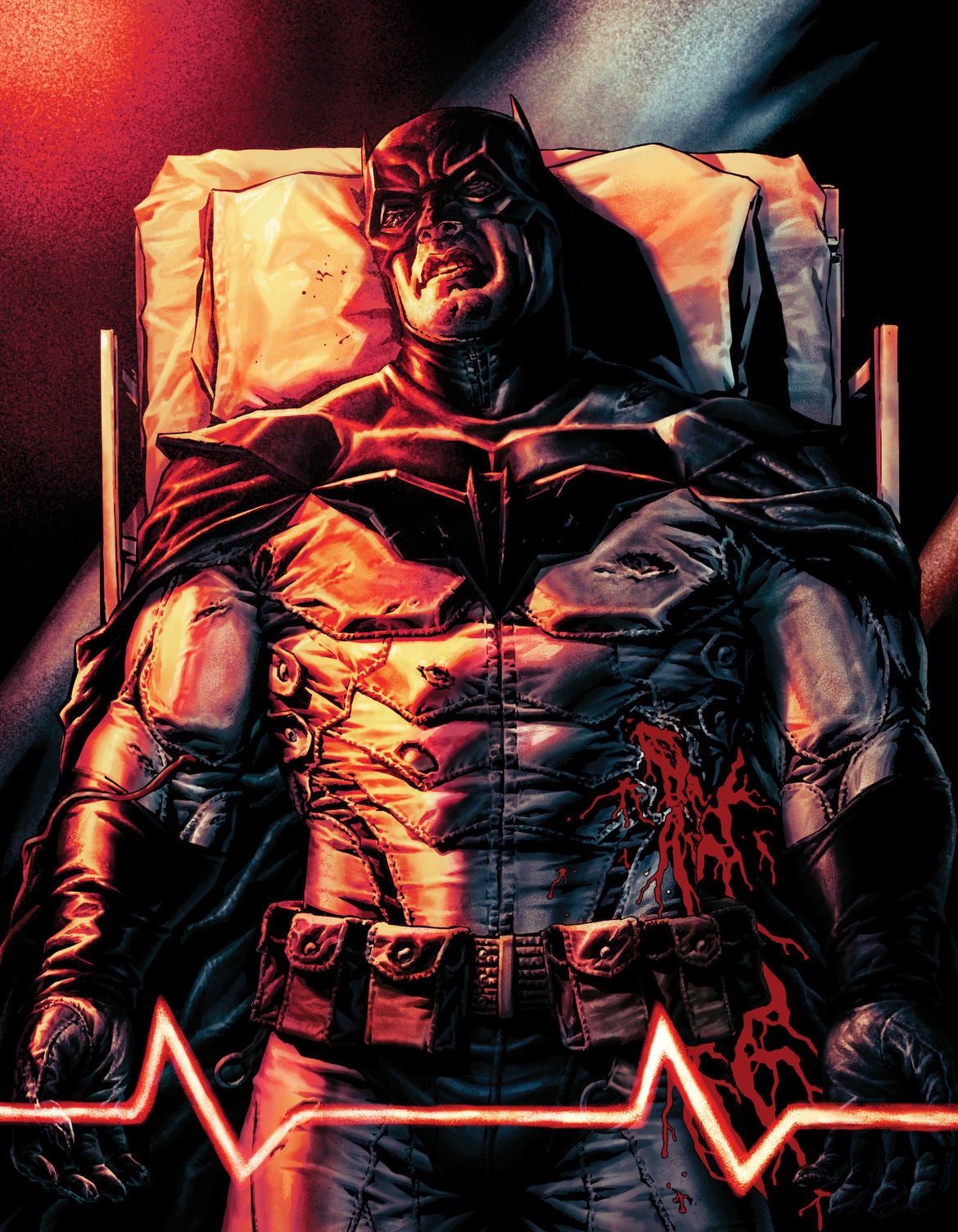 Few artists have a more striking and unique rendition of Batman than Lee Bermejo. The artist behind dark, gritty graphic novels like Joker and Batman: Damned, Bermejo has a very detailed take on the Batsuit that seems to have directly inspired the Pattinsuit. Bermejo's Batman is a heavily armored force of nature. The suit is divided into a series of armored plates and sharp, angled lines, a design sensibility this new movie suit seems to share. 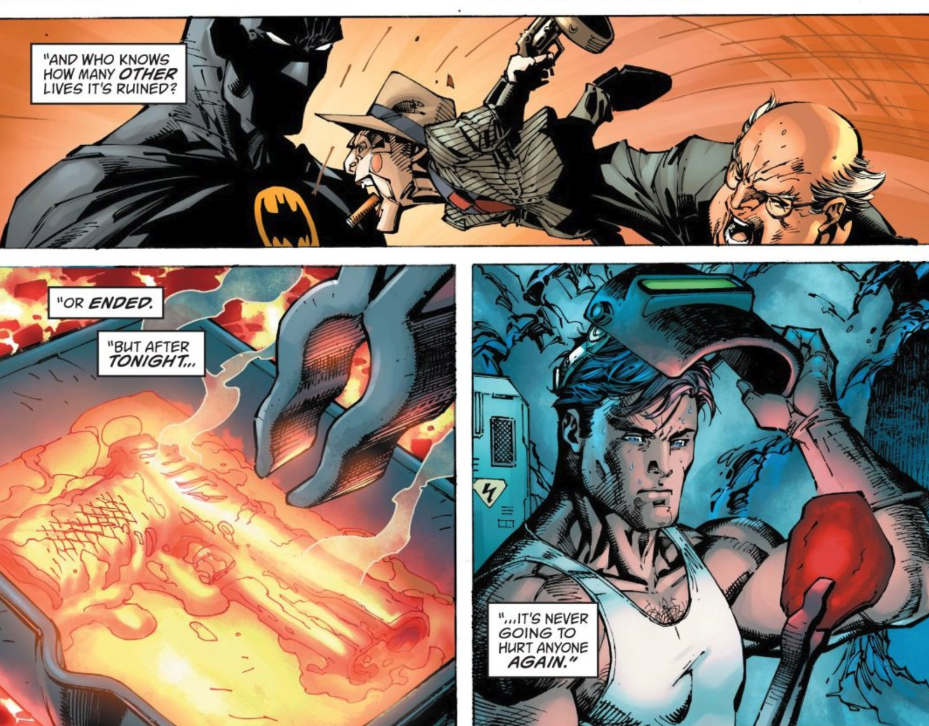 The Bat emblem is easily one of the most unusual features of this new costume, what with its piecemeal quality and multiple components. Some fans have even suggested it looks like it's constructed out of pieces of a gun. Interestingly, writer Kevin Smith and artist Jim Lee recently collaborated on a story where a young Batman purchases Joe Chill's gun and melts it down to forge part of his new armor. The idea being that Bruce is able to turn a symbol of despair into one of hope and protection. Could the new movie be paying tribute to that story? 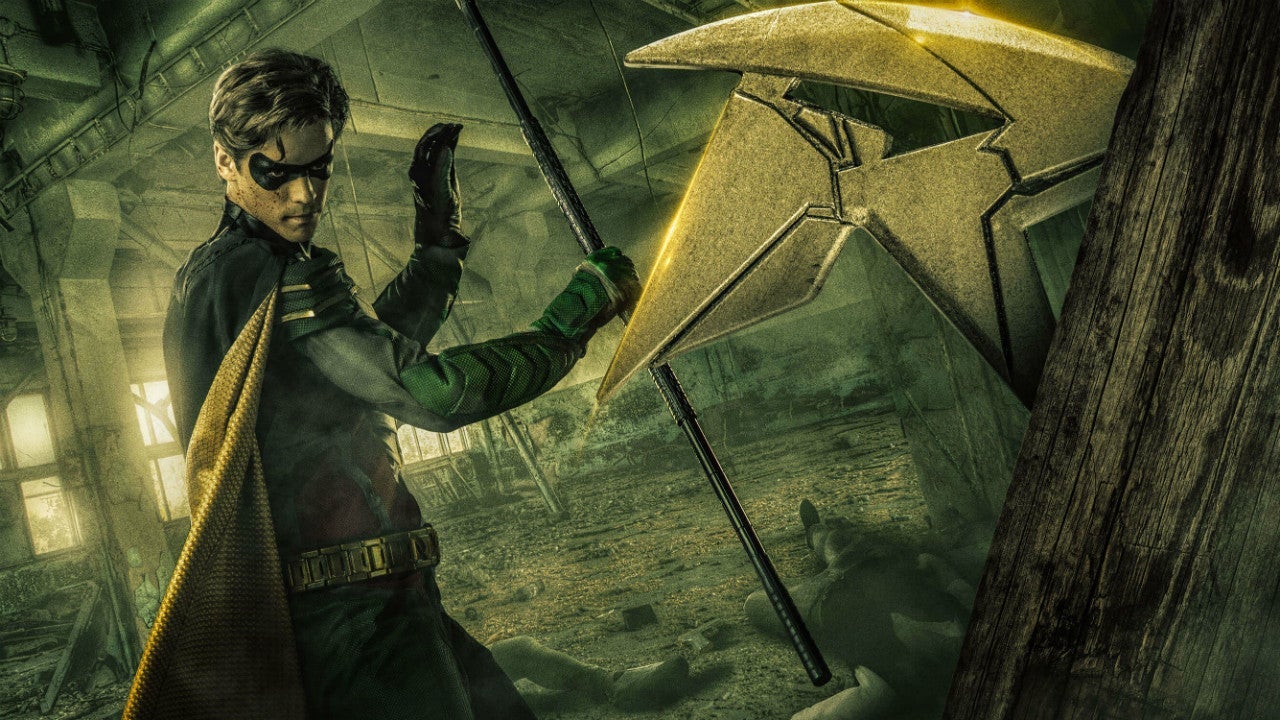 It also appears as though the Bat emblem serves some specific function. Could it even be detachable, serving as a convenient storage container for Bruce's Batarangs? That brings to mind Robin's armored costume from the Titans. He even has R-shaped throwing daggers that might serve a similar purpose to this complex Bat emblem.

This new Batsuit seems to draw inspiration from more unlikely corners of the Batman franchise as well. We catch a whiff of Gotham by Gaslight to this suit, particularly in the neck area and the raised collar. If slightly unexpected, this design choice makes sense. The great challenge with designing live-action Batman costumes is finding a way to allow the actor to turn his head. That was infamously impossible back in the Michael Keaton days, and it took a movie-and-a-half for Christian Bale's Batman to gain that ability. The raised collar seems to be a more novel solution to the problem of protecting Bruce's neck while allowing him enough mobility to actually move like a superhero. Plus, Gotham by Gaslight is a story set in Victorian-era Gotham, and it features a much cruder and more patchwork costume to suit the times. The raised collar and the visible stitching on the nose suggest a certain homemade quality to this costume. [ignvideo url="https://www.ign.com/videos/2020/02/13/the-batman-camera-test"] 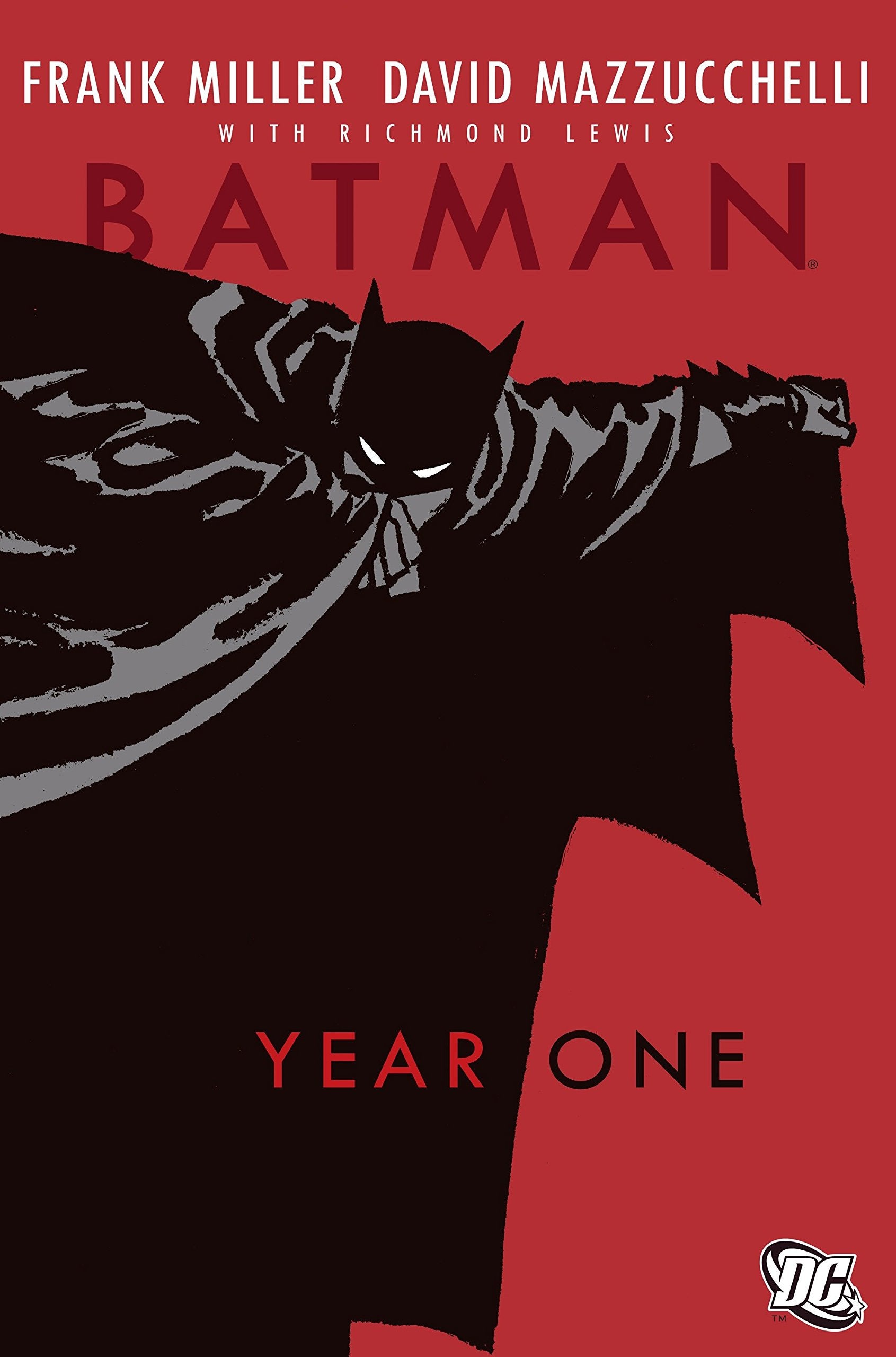 While nothing about this costume immediately brings to mind David Mazzucchelli's iconic rendition in Batman: Year One, we can't look at the haunting red and black lighting in the video and not be reminded of the cover to the graphic novel. Is this a telltale clue Reeves is drawing inspiration from Year One (a comic that was once set to be adapted to film by Darren Aronofsky)? Again, given the emphasis on a younger Bruce Wayne, it would make sense.

The dark lighting in the video makes it difficult to pick out too many details in terms of Batman's cowl, but it does appear the new movie will be diverging a bit from the usual approach. For one thing, it looks to be more armored helmet than actual mask, one that gives Batman a very pronounced forehead shape and exists as a separate piece from the neck. And while we can't see much of the ears here, it does look as though the ears might be more curved than with previous movie Batsuits.

All of this brings to mind iconic Bronze Age Batman artists like Neal Adams and Jim Aparo. Both artists helped dramatically redefine the look of Batman in the '70s and '80s. The costume itself may lack the sleek, athletic quality of Adams and Aparo, but the cowl itself seems to have a similar shape. Depending just how dramatically curved the ears are, we could see the movie taking some cues from Batman's classic Golden Age costume, too. Back in the old days, Batman's ears used to curve much more than they do now. It might be a nice change seeing a movie costume inspired by Batman's original look. Maybe they'll even bring back the purple gloves. 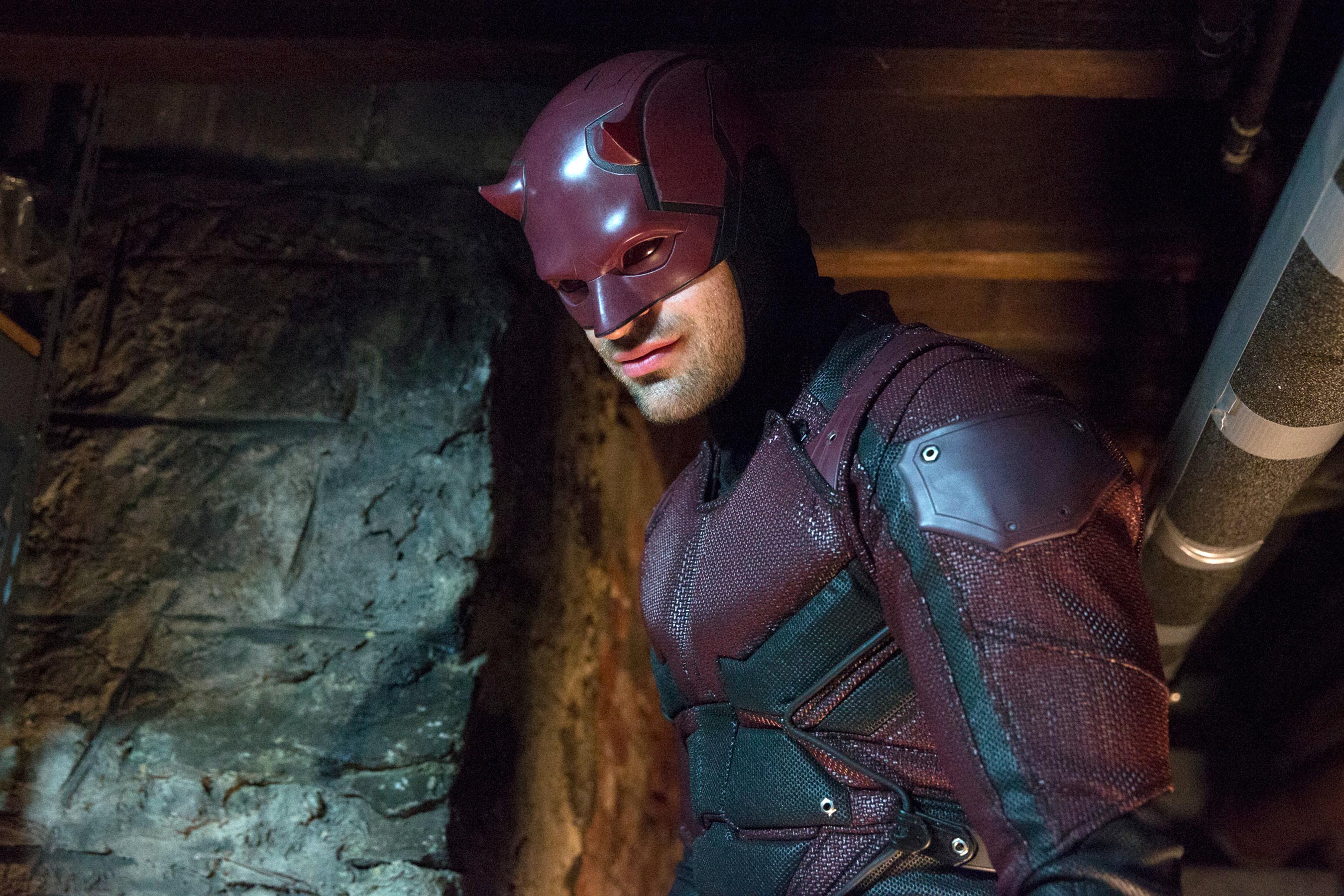 Finally, this may just be the red and black lighting at work again, but the helmet-like approach to the cowl and its pronounced forehead, along with the separation between the helmet and neck areas, remind us of the Netflix Daredevil series. The Batman could do far worse than look to that series for inspiration in translating the Dark Knight to live-action all over again. What do you think of the new bat-suit? Let's discuss in the comments! [poilib element="accentDivider"] Jesse is a mild-mannered staff writer for IGN. Allow him to lend a machete to your intellectual thicket by following @jschedeen on Twitter.