by TheBalancer | 0 Comments | February 14, 2020
Final Fantasy VII Remake is less than two months away, and Square Enix revealed a handful on new screenshots this morning showcasing Tifa's moves, side quests, and, most importantly, some adorable and oddly proportioned summons. Naturally, fans immediately went to work and began commenting on Chocobo Chick and Carbuncle's crazy designs, creating memes at the speed of light. The Chocobo Chick is adorable and plump, shown sitting on its little tush with its Super Saiyan-like yellow hairdo sticking up even taller than Cloud's. Carbuncle's design was met with a more divided reception because, while the creature is cute, its forehead is more of a sevenhead, and a big ruby is just plopped right on there. A third summon, Cactuar, was shown off, but it looks exactly like anyone expected a Cactaur to look like in a Final Fantasy game.

Reactions to Chocobo Chick where generally positive, but fans poked fun at its big ol' head and spiky yellow hair reminiscent of Goku as a Super Saiyan, Cloud Strife himself, and even a certain Food Network star. 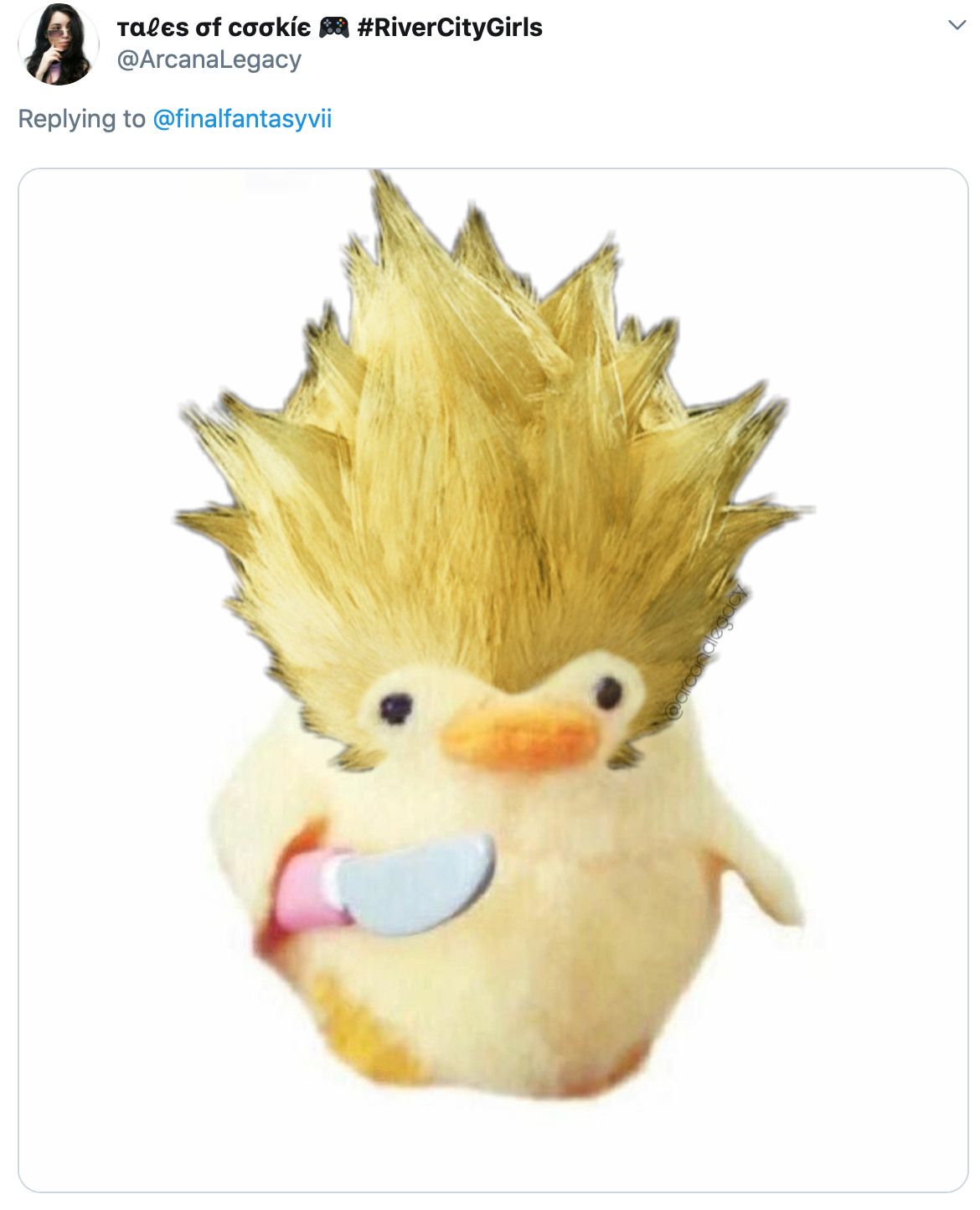 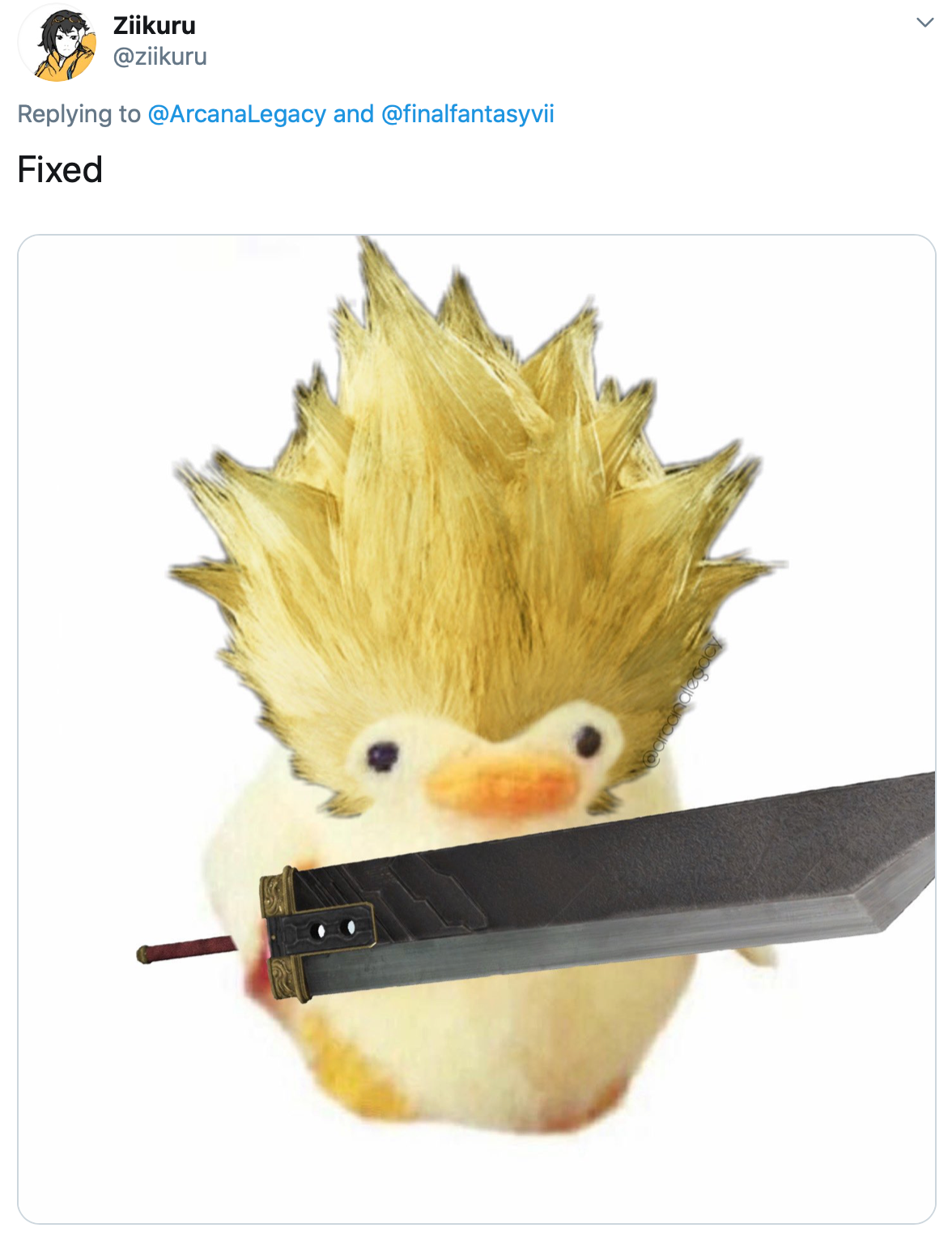 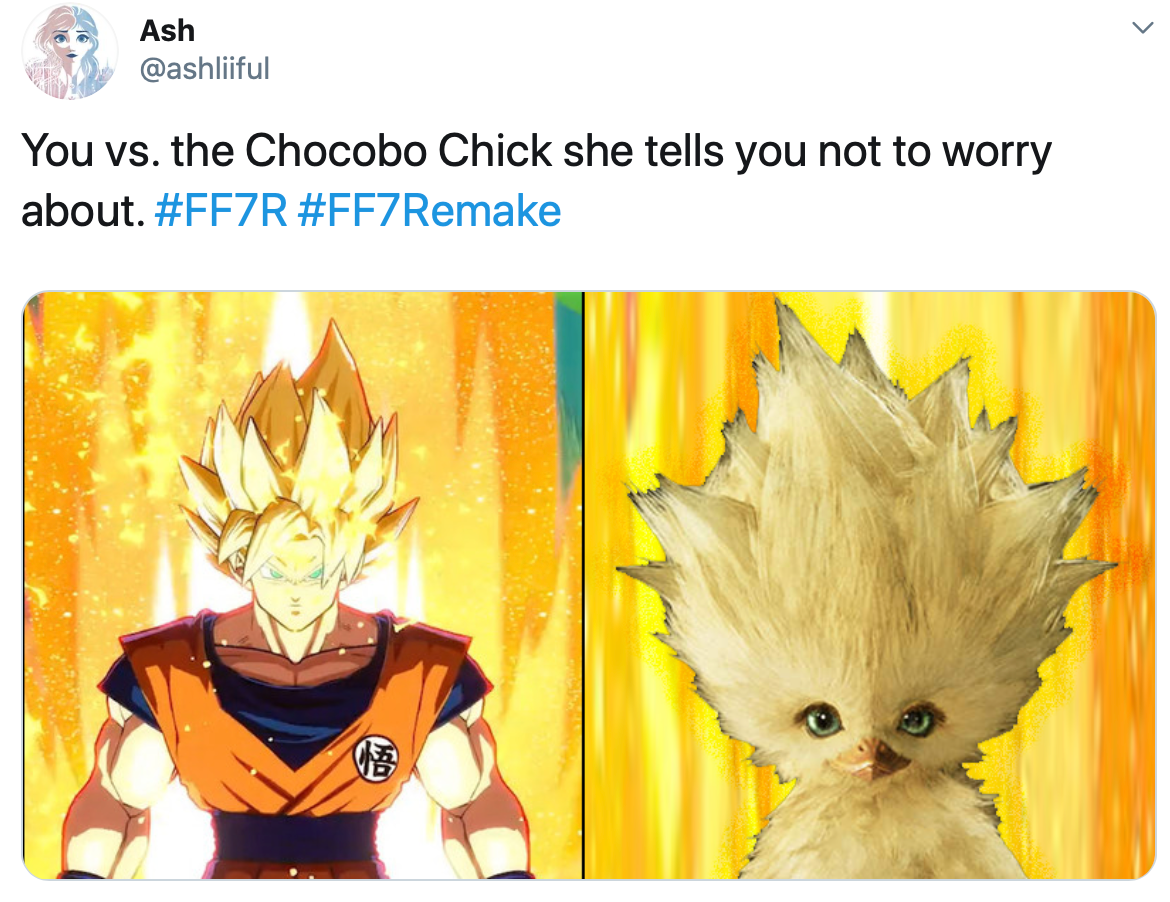 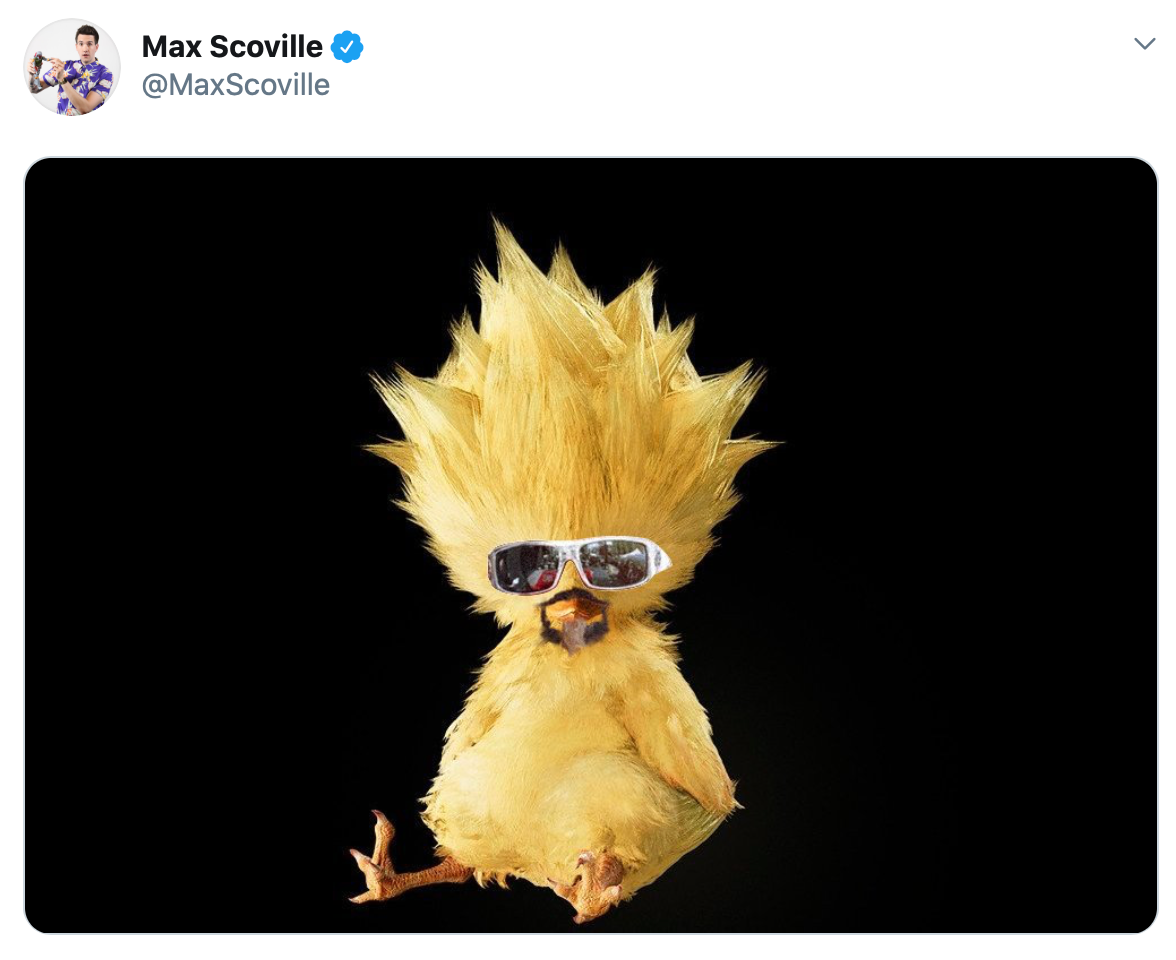 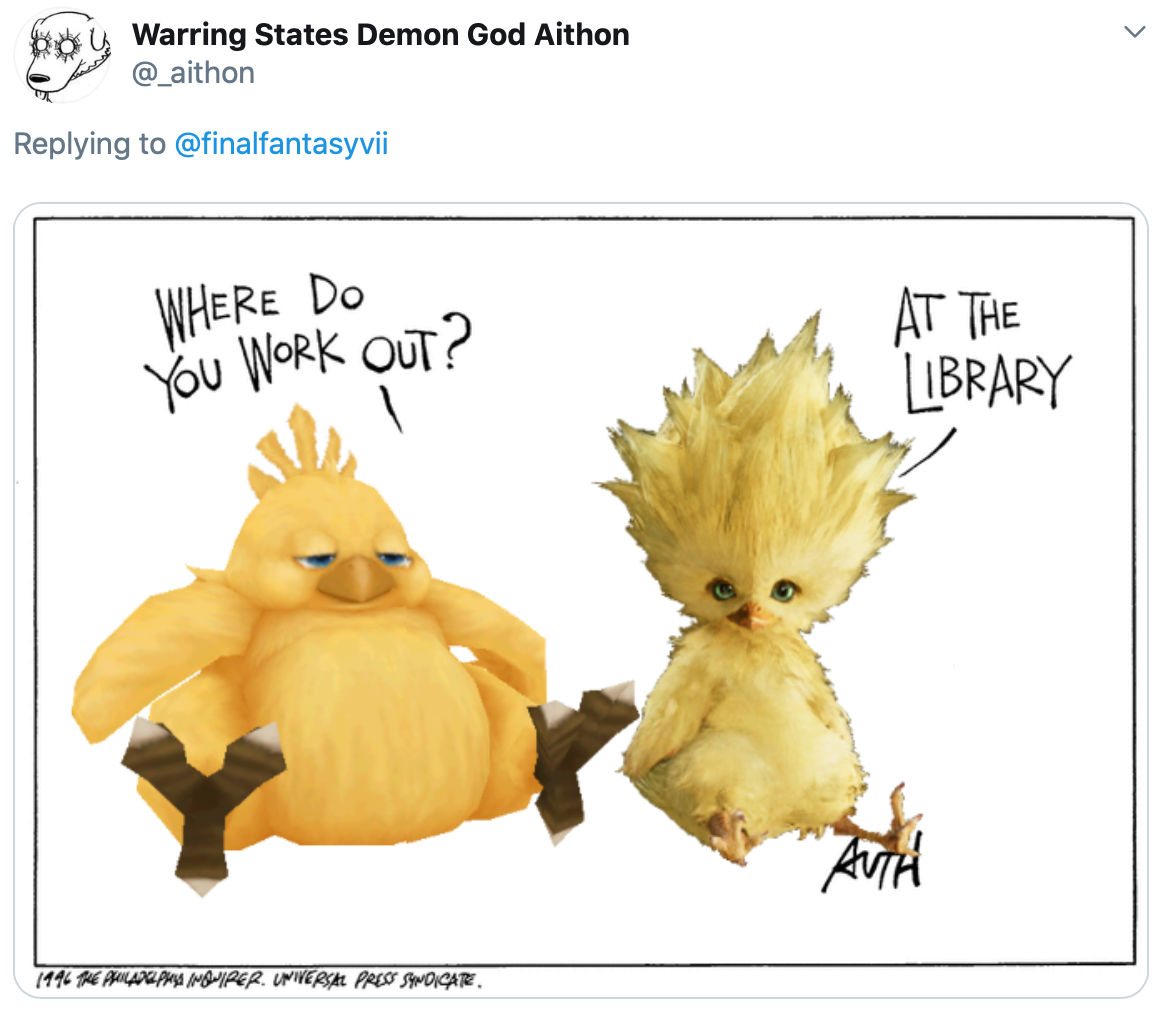 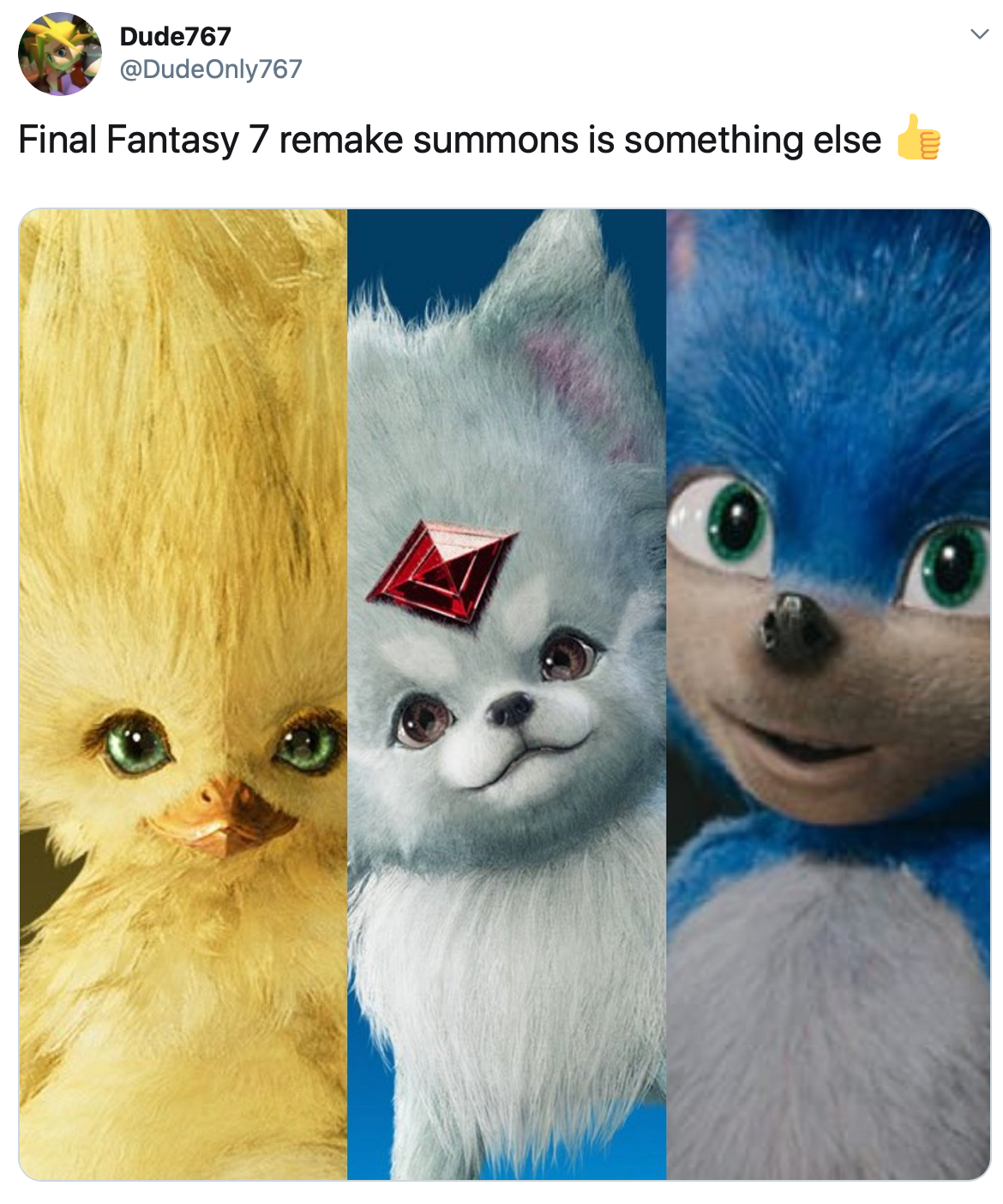 While some fans found Carbuncle's Garfield-esque look adorable, several were disappointed it wasn't more akin to its design from Final Fantasy XV, where its gem was turned into a small red horn. 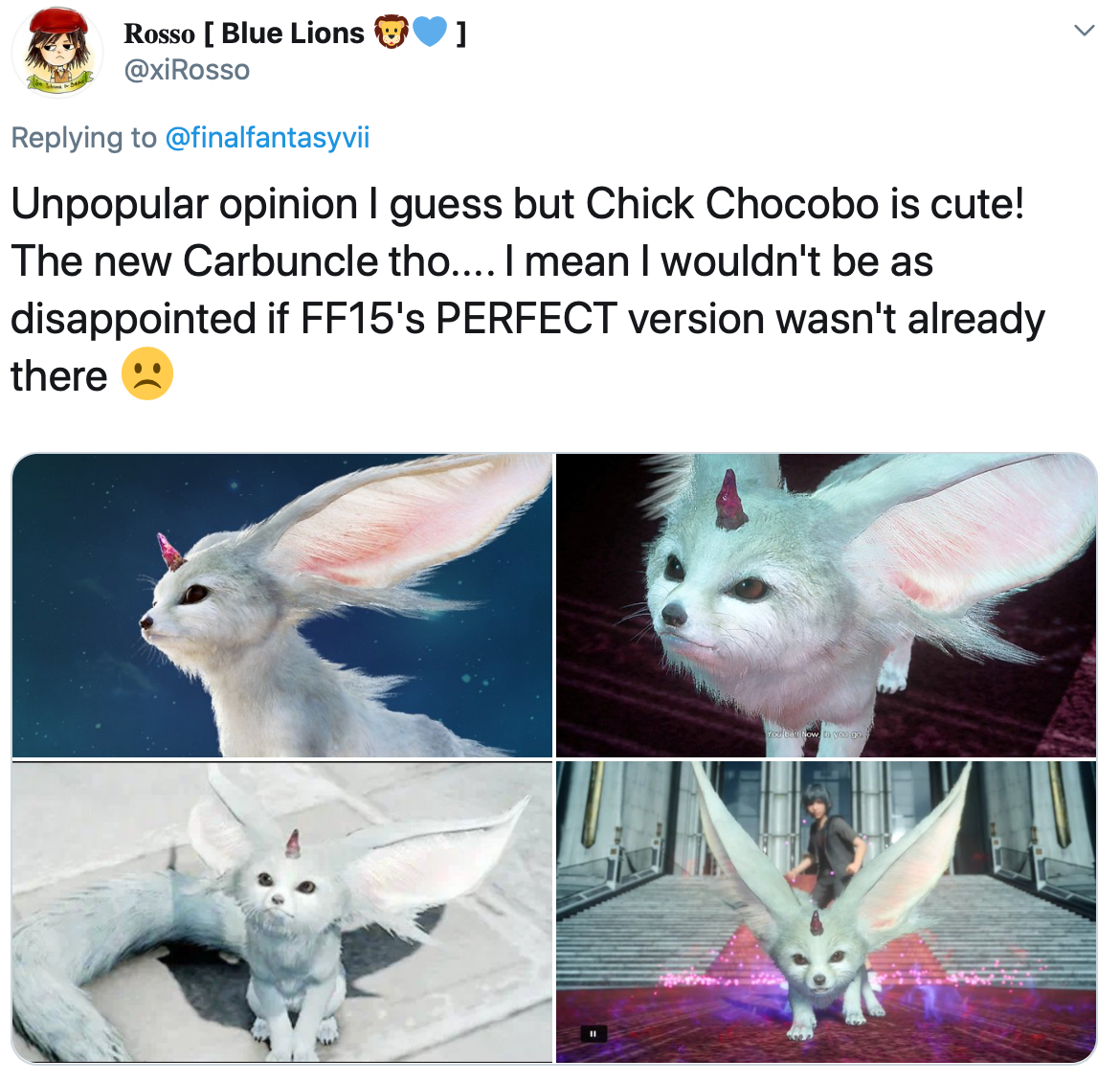 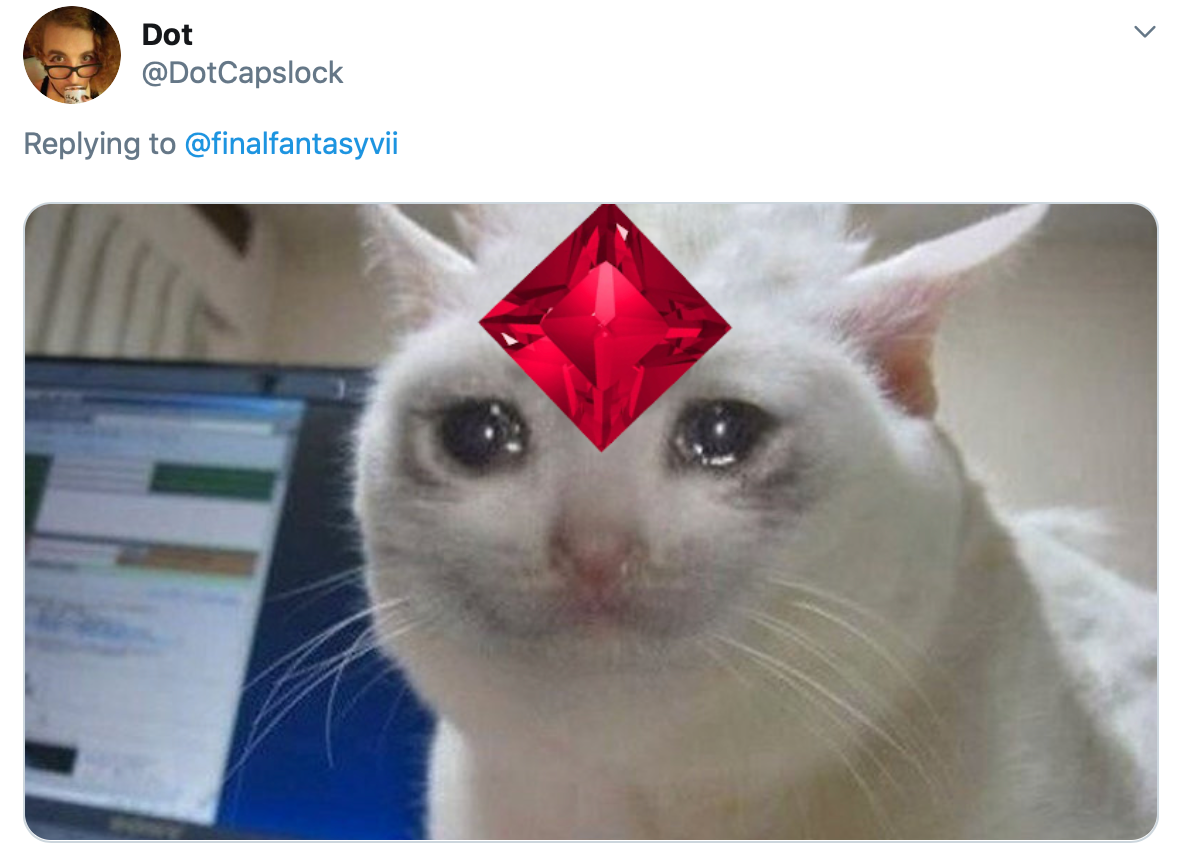 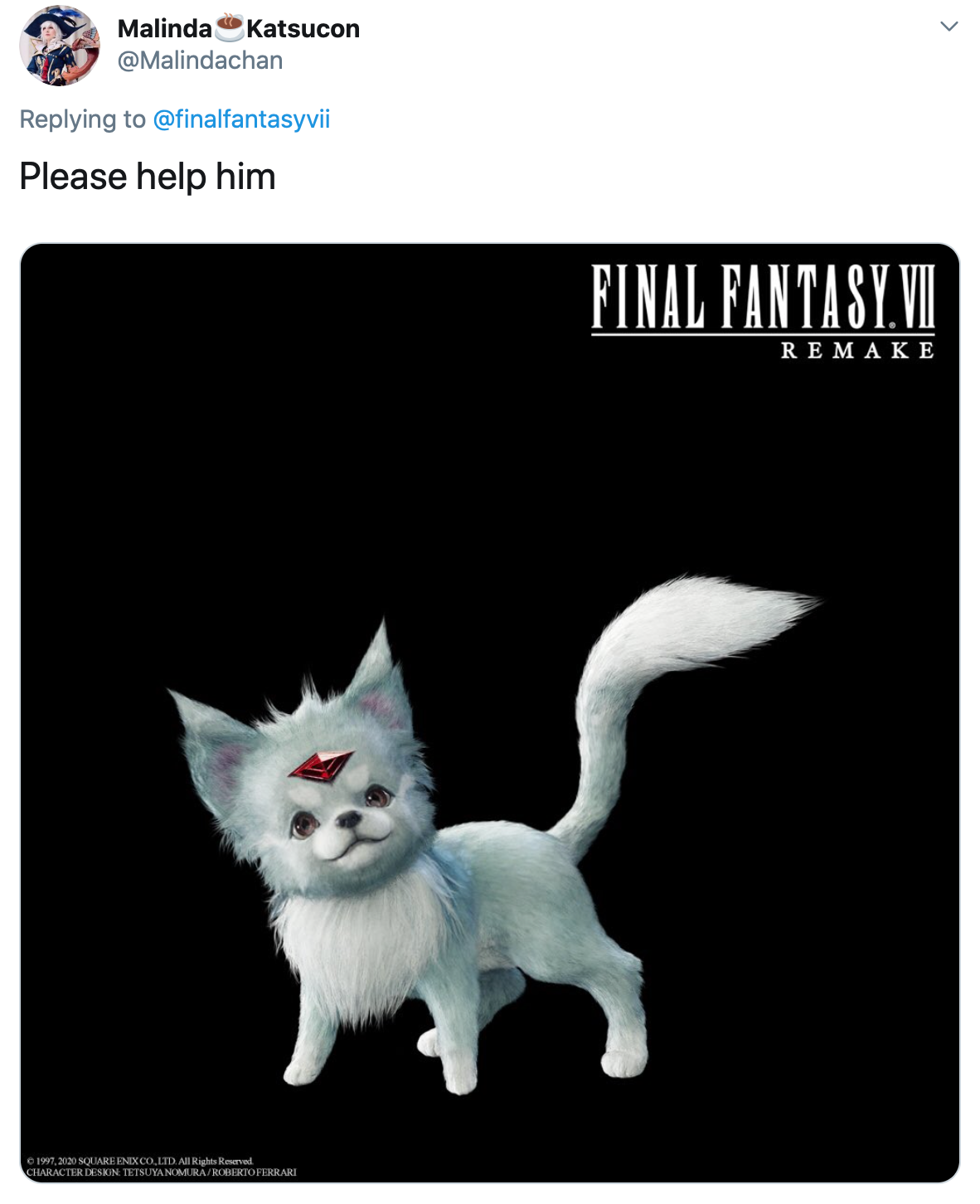 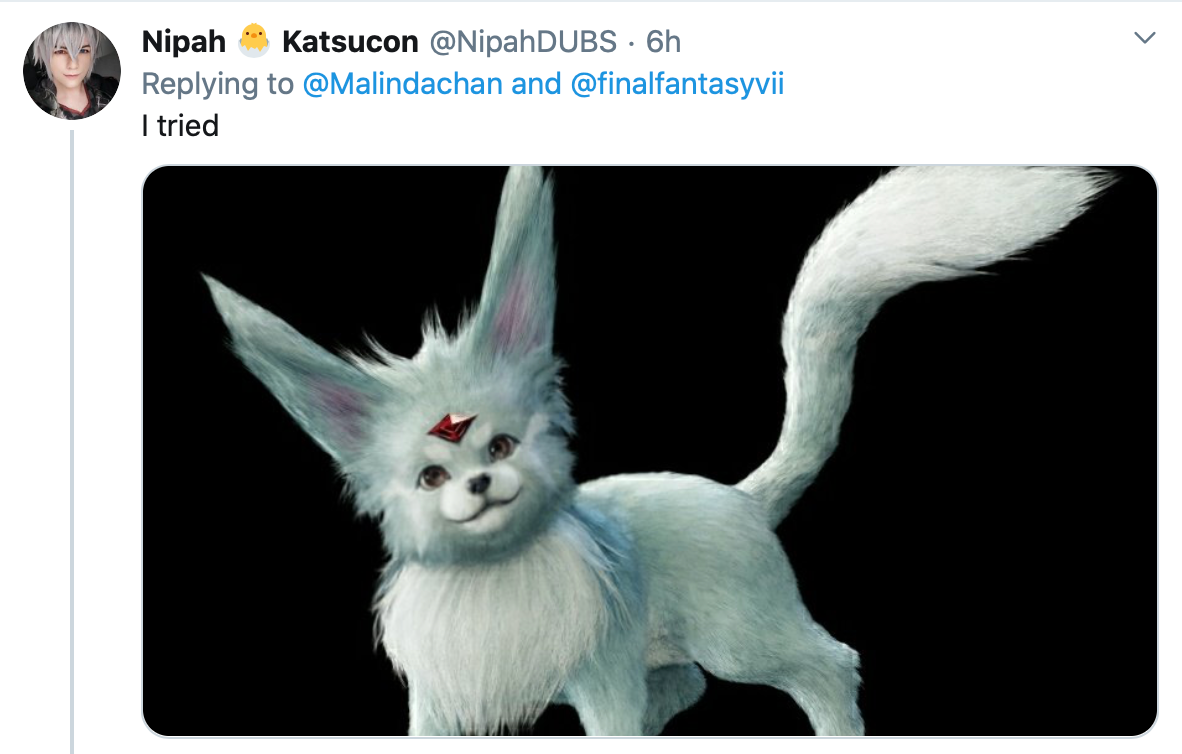 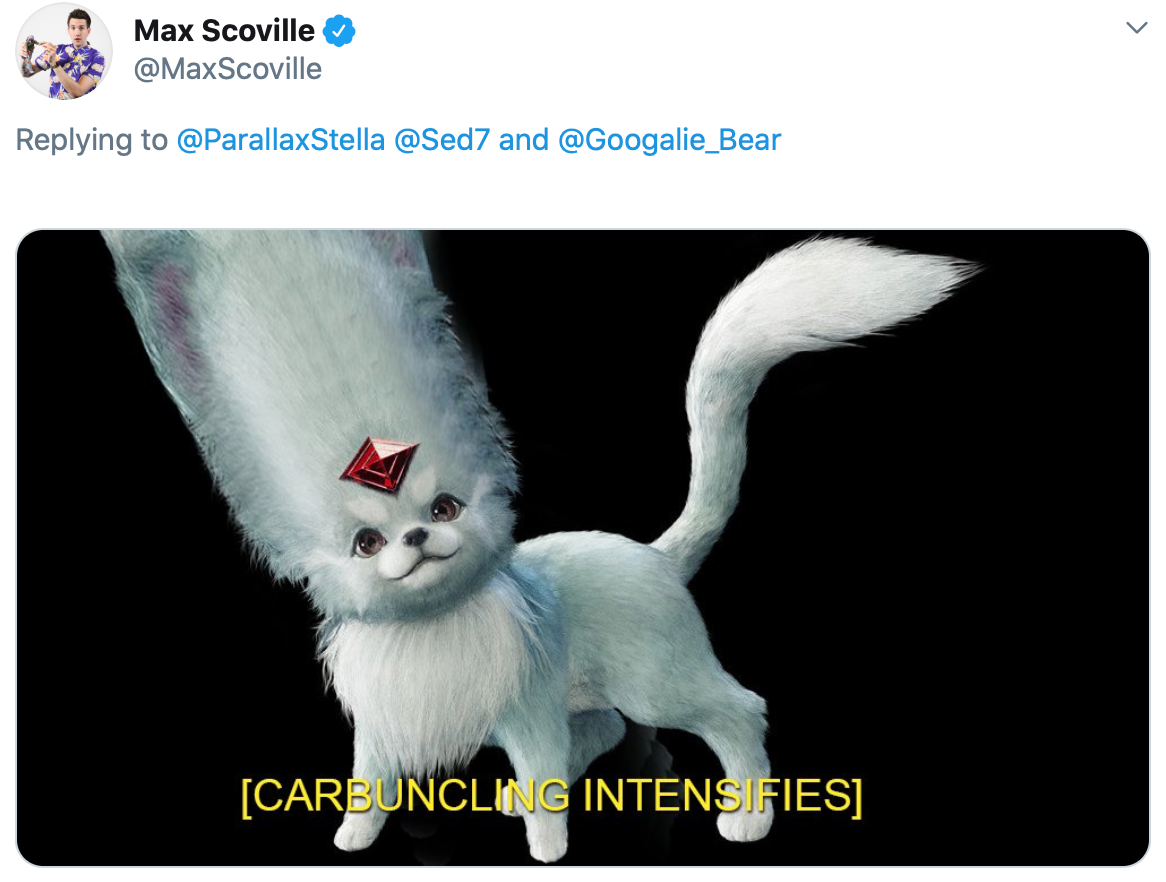 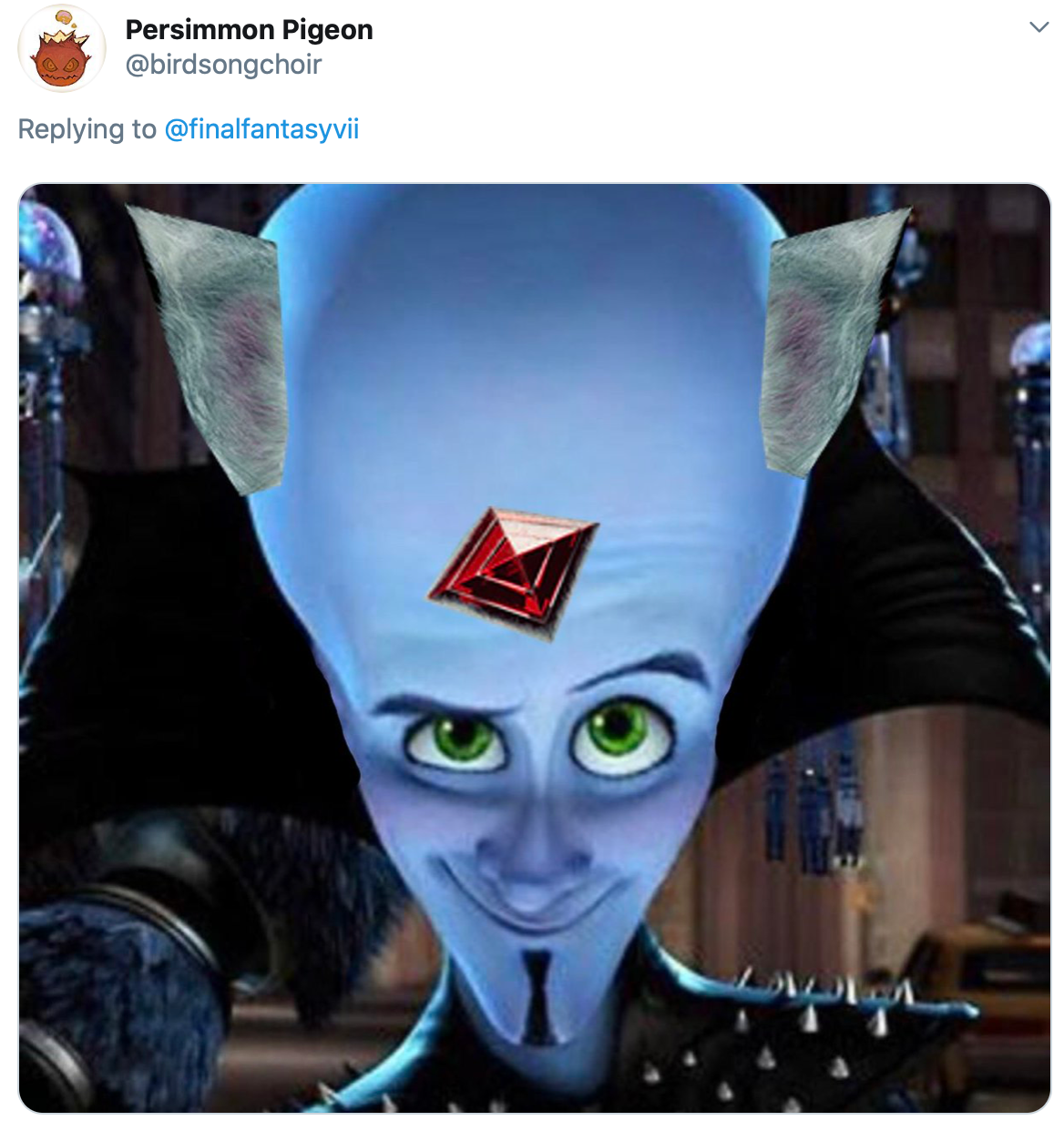 Because he couldn't just be left out like that, one fan decided to initiate Cactuar into the big head club with his buds. 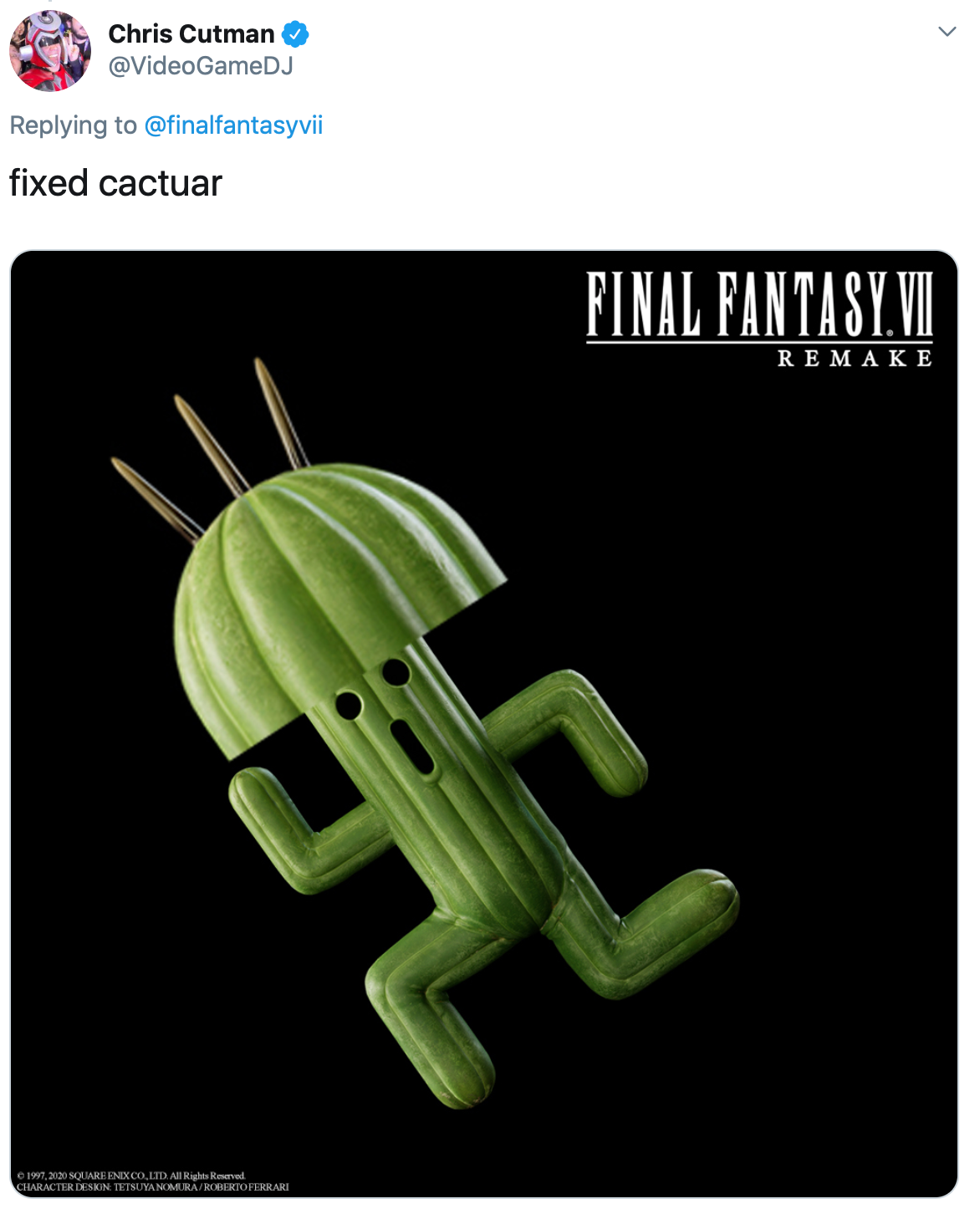 [widget path="global/article/imagegallery" parameters="albumSlug=every-ign-final-fantasy-game-review&captions=true"] For even more info on Final Fantasy 7 Remake, read about how its PS4 exclusivity was shifted to April 2021, find out all of the major reveals and secrets in its latest trailer, and check out our complete Final Fantasy 7 Remake preorder guide. What do you think about these designs? Let us know in the comments below! [poilib element="accentDivider"] Colin Stevens is IGN's video game social coordinator, and he's been waiting for Final Fantasy 7 Remake for 84 years. Follow him on Twitter.